According to Nate Ulrich, the Browns signed CB Lavert Hill and waived CB Reggie Robinson with an injury designation on Friday. 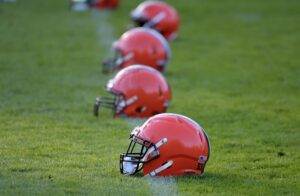 From there, Philadelphia cut him the following offseason and signed to the Cardinals’ taxi squad in October of last year before joining the 49ers’ practice squad last December. San Francisco cut him loose in February.