According to Greg Auman, the Buccaneers are activating DL William Gholston from their COVID-19 list. 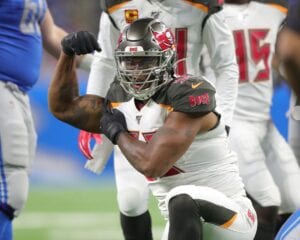 He was placed on the team’s COVID-19 list earlier this week after coming into close contact with someone who tested positive for the virus.

In 2020, Gholston has appeared in eight games for the Buccaneers and recorded 21 tackles, two sacks and a pass defense.