According to Greg Auman, the Buccaneers are activating TE Antony Auclair from the injured reserve to their active roster and waived OL John Molchon in a corresponding roster move. 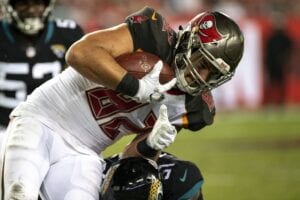 Auclair, 27, wound up going undrafted out of Laval University back in 2017. He later signed a three-year contract with the Buccaneers and managed to make the 53-man roster as a rookie.

For his career, Auclair has appeared in 33 games for the Bucs and caught 10 passes for 84 yards receiving and no touchdowns.