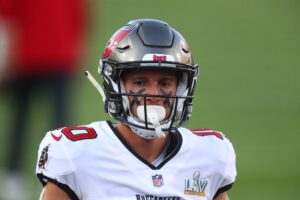 Miller had been out since September with turf toe.

In 2021, Miller has appeared in three games for the Bucs, hauling in two passes on three targets for 11 yards. He also has added 19 yards on special teams through kick returns.