The Tampa Bay Buccaneers announced that they’ve promoted DL Deadrin Senat to the active roster on Wednesday and signed DL Khalil Davis to their practice squad. 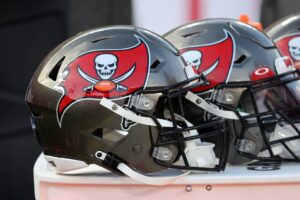 Senat, 28, is a former third-round pick of the Falcons back in 2018. He was in the final year of his four-year, $3,277,960 contract that included a $817,960 signing bonus when the Falcons waived him with an injury designation during the preseason last year.

Atlanta eventually waived Senat from injured reserve in November. From there, Tampa Bay opted to sign Senat to a one-year contract in March but released him coming out of training camp. From there, the team opted to bring Senat back to their practice squad.

In 2020, Senat was limited to appearing in five games for the Falcons and recording four tackles, no sacks and a fumble recovery.