The Arizona Cardinals hosted eight special teams players for tryouts on Wednesday, according to Aaron Wilson. 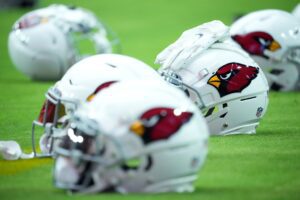 The following is a full list of players who tried out for the Cardinals:

Kern, 36, originally signed on with the Broncos as an undrafted free agent back in 2008. He lasted just over a year in Denver before being claimed off of waivers by the Titans.

Kern has gone on to play the past 13 seasons for the Titans. The Titans signed him to a four-year extension worth $12.55 million in 2019.

He was let go by the Titans when they went with undrafted P Ryan Stonehouse, who won their punting competition. The Bills also reached out to Kern when they were searching for a new punter prior to the season.

Cardinals QB Kyler Murray Might Not Be Ready Until Midseason