The Los Angeles Chargers announced that they are placing TE Stone Smartt on the non-football injury list. 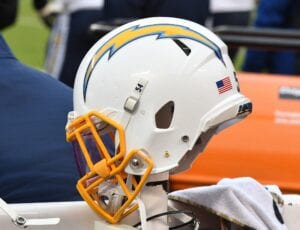 Smartt played quarterback at Old Dominion University and is now transitioning to tight end with the Chargers in his first NFL season.

During his two years at Old Dominion, Smartt played in eight games as a tight end and caught 17 passes for 167 yards.

We will have more news on Smartt as it becomes available.