According to Tom Pelissero, the Chargers are promoting DT Christian Covington from the practice squad to the active roster. 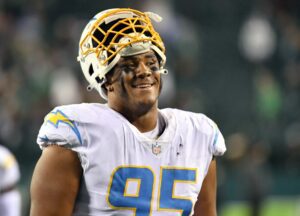 In a corresponding move, the team is waiving DL Breiden Fehoko to make room for Covington on the main roster.

Covington, 28, was drafted in the sixth round, No. 216 overall, by the Texans in 2015. He played his entire rookie contract with Houston until he became a free agent in 2019, when he signed a one-year, $2.5 million deal with the Cowboys.

Covington signed a one-year deal with the Broncos in 2020, but he was traded to the Bengals in September. The Chargers signed Covington to a contract last year.

In 2021, Covington appeared in 16 games for the Chargers and recorded 52 tackles, one sack and a forced fumble.