According to Aaron Wilson, the Chiefs are bringing in seven free agents for workouts this week including TE Evan Baylis. 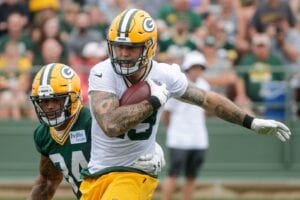 Green Bay waived Baylis coming out of training camp and he has been on and off of the Cardinals’ practice squad this season.

In 2020, Baylis has been active for five games but has yet to catch a pass.