Adam Schefter reports that free agent QB Colt McCoy is scheduled to visit with the Cardinals next week and there’s a “good chance” a deal with get done. 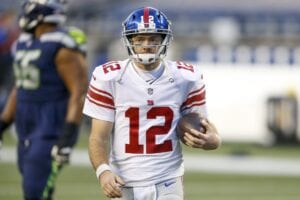 McCoy, 34, is a former third-round pick out of Texas by the Browns back in 2010. He was traded from Cleveland to the 49ers back in 2013 and later signed on with Washington as an unrestricted free agent in 2014.

McCoy made a base salary of $3 million for the 2019 season before signing a one-year deal with the Giants last year.

In 2020, McCoy appeared in four games for the Giants and completed 60.6 percent of his passes for 375 yards, one touchdown, and one interception.