Colts HC Frank Reich confirmed Monday that OT Le’Raven Clark has an Achilles injury and is out for the season.

Tom Pelissero of NFL Media reports that the preliminary diagnosis on Colts OL Le’Raven Clark is that he suffered a torn Achilles during Sunday’s game. 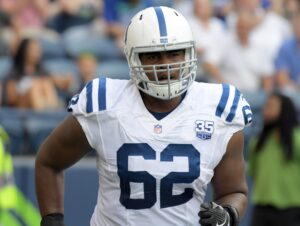 Clark is scheduled to undergo an MRI today to confirm the severity of the injury, but teams usually know whether someone has a torn Achilles.

Clark, 27, is a former third-round pick of the Colts back in 2016. He played out the final year of his four-year, $3.14 million contract that included a $733,732 signing bonus before returning to the Colts this past March.

In 2020, Clark has appeared in 11 games for the Colts, making three starts for them at left tackle.