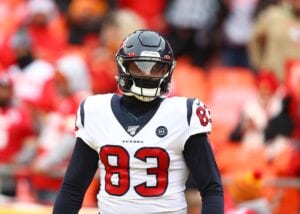 Arizona signed Thomas to their practice squad after he was cut from the Texans. The Cardinals activated him from the practice squad but decided to waive him soon after and was quickly claimed by New England.

In 2020, Thomas appeared in four games for the Cardinals and two for the Patriots, recording one reception for three yards and one touchdown.