Mike Garafolo of NFL Media reports that the Colts are signing CB Brandon Facyson to a contract on Tuesday. 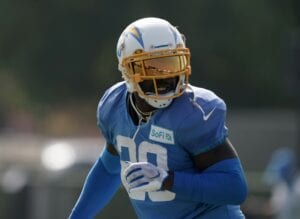 Facyson, 27, wound up going undrafted out of Virginia Tech back in 2018. He later signed a three-year contract with the Chargers and managed to make the 53-man roster each of his first three years in the NFL.

The Chargers declined to tender Facyson a restricted offer last offseason and he eventually signed on to their practice squad.

The Raiders added Facyson to their active roster midseason.

In 2021, Facyson appeared in 12 games for the Colts and recorded 55 tackles, one interception and 13 pass deflections.