According to Adam Schefter, the Washington Commanders had the parameters of a deal in place to trade for 49ers QB Jimmy Garoppolo before the veteran’s shoulder surgery scuttled the deal. 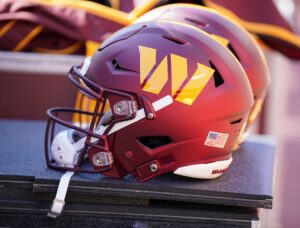 This confirms another ESPN report from earlier in the week that both the 49ers and Garoppolo expected him to be elsewhere for 2022 and Washington was one of the early frontrunners.

The two sides worked things out at the NFL Scouting Combine in late February, per Schefter, and the deal would have sent multiple draft picks back to San Francisco.

However, Garoppolo’s need for surgery caused Washington to pivot to other options and ultimately trade with the Colts for QB Carson Wentz.

Washington gave up a third-round pick, dropped five spots in the second round this April and sent another third-round pick that can become a second for Wentz. Other reports have indicated 49ers GM John Lynch was reportedly looking for two second-round picks for Garoppolo before the surgery.

The Rams were another team lurking as a potential landing spot for Garoppolo before he reworked his deal to stay in San Francisco as the backup, which put him in his current positions as the starter following the injury to Trey Lance.

Commanders LB Cole Holcomb Out For The Season

49ers QB Jimmy Garoppolo Out For Season With Foot Fracture