Per Michael Gehlken, the Cowboys are placing S Damontae Kazee and G Connor Williams on the COVID-19 list. 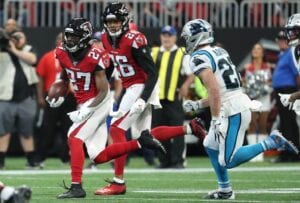 That brings Dallas’ total to six players currently on the list, four of which are there due to positive tests.

In 2020, Williams appeared in all 16 games for the Cowboys and made 16 starts at left guard. Pro Football Focus had him rated as the No. 16 guard out of 80 qualifying players.

In 2020, Kazee appeared in four games for the Falcons and recorded 20 tackles, no interceptions, and a forced fumble.