According to Ian Rapoport, the Dallas Cowboys are designating WR James Washington to return from injured reserve. 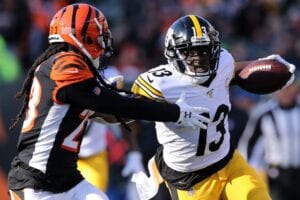 This opens up a three-week window for Washington to practice with the team before he has to be added to the active roster.

Washington has been out since the preseason with a foot injury.