The Dallas Cowboys announced Saturday that they’ve elevated FB Nick Ralston and TE Jeremy Sprinkle to their active roster for Sunday’s game against the Giants. 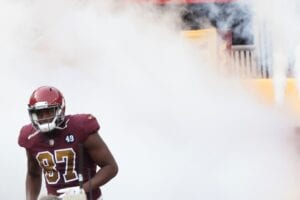 For his career, Sprinkle has appeared in 63 games for Washington and caught 34 passes for 301 yards receiving and touchdowns over the course of four seasons.