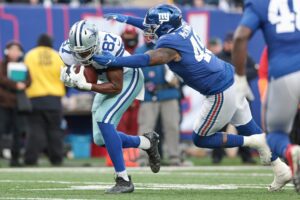 Sprinkle had been testing the free-agent market as an unrestricted free agent for the first time in his NFL career when he signed a one-year deal with the Cowboys last offseason. He then re-signed to the practice squad after being waived in August.

In 2021, Sprinkle appeared in 17 games for the Cowboys and caught three passes for 31 yards and no touchdowns.