According to Jori Epstein, the Cowboys signed LB Malik Jefferson to a contract on Thursday. 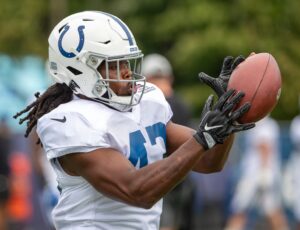 Dallas brought Jefferson in for a workout last week and was clearly impressed enough to sign him.

The Bengals waived Jefferson last year and he was later claimed by the Browns. He had a brief stint with the Chargers before catching on with the Titans.

From there, Jefferson returned to the Chargers a few weeks into the regular season last year and was eventually promoted to the active roster. Los Angeles released him back in March and he caught on with the Colts but was cut loose in May.

In 2021, Jefferson appeared in one game for the Colts but didn’t record a statistic.