“Hopefully, he’ll be here tomorrow,” Vick said. “DeSean just has some things to think about and some decisions to make that only himself can make.”

“I’m just being realistic about the situation,” Vick said. “It’s all in what DeSean wants. We’re moving forward and hopefully he’ll be here. I think he will,” per Philadelphia Inquirer & Daily News.

Jackson is set to make $550,000 for the upcoming season and hinted that he may consider holding out once a CBA was in place so there was some warning leading up to today but the Eagles may now have to address one more player than before. Philadelphia is prepared to go for the Super Bowl this year so addressing a key player like Jackson will be a priority. Keep in mind that Jackson’s holdout isn’t a certainty so there’s a chance that he reports even without a new contract. 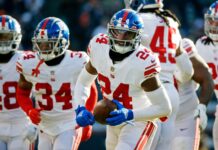 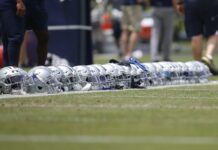