Cameron Wolfe reports that the Dolphins will finish up their head coach interviews on Friday by meeting with Cardinals DC Vance Joseph this morning and Rams assistant head coach/RBs coach Thomas Brown this afternoon/evening. 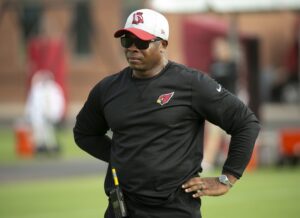 Here’s the list of candidates for the Dolphins’ job:

Joseph, 49, began his NFL coaching career with the 49ers as their assistant defensive backs coach back in 2005. He spent six years in San Francisco before joining the Texans as their DBs coach in 2011.

After three years in Houston and two more with the Bengals, Joseph was hired by the Dolphins as their defensive coordinator. The Broncos would hire him as their head coach a year later, but elected to move after two seasons.

The Cardinals hired Joseph as their defensive coordinator in 2019.

During his two years as Broncos head coach, Joseph led the team to a record of 11-21 (34.3 percent) and no playoff appearances.