According to Aaron Wilson, the Dolphins are hosting three defensive tackles for workouts this week including Javier Edwards, Miles Brown, and Daylon Mack. 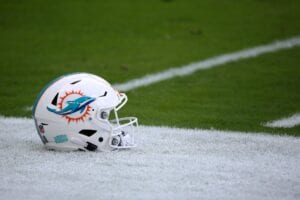 Mack, 23, is a former fifth-round pick by the Ravens in the 2019 NFL Draft. He was entering the second year of his four-year, $2.8 million rookie contract when the Ravens opted to waive him last week.

The Lions later claimed Mack off of waivers before cutting him loose with a failed physical soon after. From there, the Giants signed him to a contract last month, but opted to waive him coming out of training camp.

Mack had a brief stint on the Packers’ practice squad.

In 2019, Mack appeared in one game but has yet to record any statistics.

Brown, 23, signed with the Cardinals as an undrafted free agent out of Wofford following the 2019 NFL Draft. He was able to make the final roster coming out of the preseason but was waived after a month and later re-signed to the practice squad.

Arizona eventually promoted him in November of last year and he finished the season on their active roster. However, he was among the Cardinals’ final roster cuts coming out of this year’s training camp.

In 2019, Brown appeared in four games for the Cardinals and recorded four total tackles and one tackle for loss.