Mike Garafolo of NFL Media reports that the Eagles have also requested permission to interview Chiefs OC Eric Bieniemy for their head-coaching job. 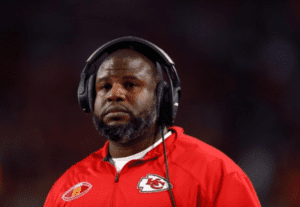 Here’s the updated list of candidates for the Eagles’ position:

We’ll have more regarding the Eagles’ head coaching search as the news is available.