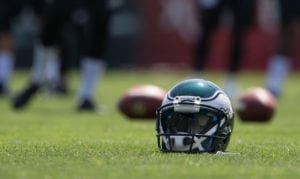 Smith, 24, went undrafted out of South Carolina back in 2020 before catching on with the Titans. He was waived by the team and brought back to their practice squad prior to the season.

After being released, Smith signed with the Buccaneers and signed two futures deals with Tampa Bay, joining their Super Bowl team in 2021.

So far in his career, Smith is yet to appear in an NFL game.