According to Dave Zangaro, the Eagles are waiving second-year WR John Hightower on Tuesday. 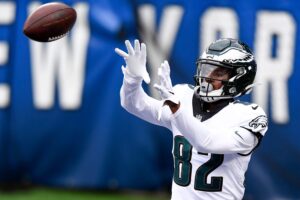