Jeff Schultz of The Athletic reports that the Falcons are expected to waive P Cameron Nizialek and sign a new punter this week. 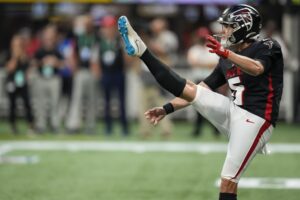 The move comes after two costly shanked punts in Sunday’s loss to the Buccaneers.

Nizialek, 26, wound up going undrafted out of Georgia back in 2019. He later signed a rookie contract with the Ravens.

Jacksonville brought Nizialek back on a futures contract this past January but released him a few months later. From there, he returned to the Falcons in August.

In 2021, Nizialek has appeared in two games for the Falcons and totaled 436 yards on 10 attempts (43.6 YPA), which includes three downed inside the 20-yard-line.