Despite being a vested veteran, Jenkins had to pass through waivers before signing on with a team of his choosing, given that the trade deadline has passed.

Jenkins, 28, is a former second-round pick of the Redskins back in 2011. He spent three years in Washington and later signed on with the Bears.

The Jets gave him two-year, $7 million contract this past March and he was set to make a base salary of $1.5 million for the 2016 season when New York elected to cut him loose on Wednesday.

In 2016, Jenkins has appeared in nine games and recorded nine tackles and no sacks for the Jets. 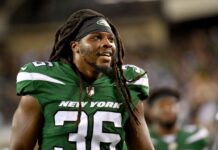 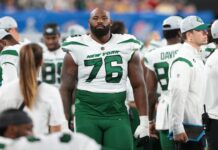