Jeremy Fowler of ESPN reports that free agent TE MyCole Pruitt visited with the Ravens this week and is scheduled to meet with the 49ers next week. 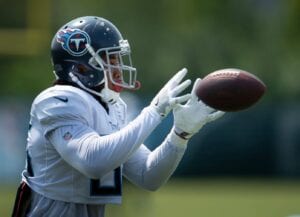 Pruitt, 29, is a former fifth-round pick of the Vikings back in 2015. He spent over a year in Minnesota before he was cut loose at the start of the 2016 season.

Tennessee brought Pruitt back last year on a one-year contract.

In 2020, Pruitt appeared in 11 games for the Titans and caught five passes for 49 yards receiving and two touchdowns.