The Giants activated G Wes Martin from the COVID-19 list and elevated WR Pharoh Cooper from the practice squad. 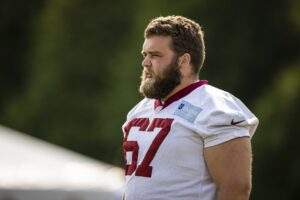 Martin, 25, was initially a fourth-round draft pick by Washington in 2019. He was in the third year of a four-year, $3.2 million rookie deal when he was waived and later re-signed to Washington’s practice squad.

New York signed Martin from Washington’s practice squad to their active roster back in September.

In 2021, Martin has appeared in four games for the Giants.