The New York Giants announced Tuesday that they’ve activated G Will Hernandez from the COVID-19 list and WR Dante Pettis from the exempt list. 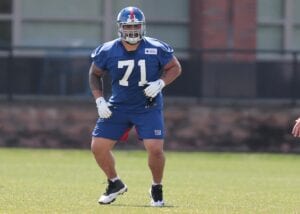 Hernandez, 25, is a former second-round pick of the Giants back in 2018. He’s currently in the third year of his four-year, $7.45 million contract with the Giants.

In 2020, Hernandez has appeared in seven games for the Giants, starting all of them at guard.

In 2020, Pettis has been active for five games, but has yet to catch pass. He has totaled 18 kick return yards and another 14 punt return yards for the 49ers.