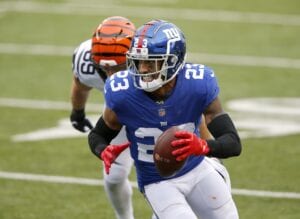 Ryan played out this contract before signing a one-year, $7.5 million contract with the Giants last August. He was in line to be an unrestricted free agent in 2021 when he signed a three-year, $31 million extension.

In 2021, Logan has appeared in nine games and recorded 72 tackles, one tackle for loss, two forced fumbles, one fumble recovery, and five pass defenses.