On Saturday, Giants HC Joe Judge told reporters that WR Dante Pettis will miss the remainder of the season after undergoing shoulder surgery during their bye week, per Zack Rosenblatt. 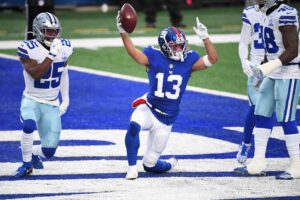 Pettis, 26, is a former second-round pick of the 49ers back in 2018. After attempting to trade him the past year or so, the 49ers opted to waive Pettis and he was later claimed by the Giants.

In 2021, Pettis appeared in three games for the Giants and caught 10 passes for 87 yards receiving and one touchdown.