The New York Jets announced a series of roster moves on Saturday including placing S Bradley McDougald on injured reserve. 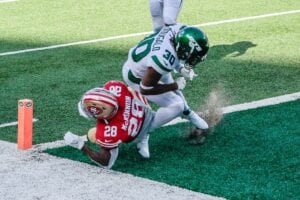 Other roster moves for the Jets include:

McDougald, 29, originally signed on with the Chiefs as an undrafted free agent out of Kansas back in 2013. He was on and off of their practice squad during his rookie season before he waived in November of 2013 and later claimed off of waivers by the Buccaneers.

The Buccaneers brought McDougald back on a second-round tender that cost them $2.5 million for the 2016 season. However, he departed last March for a one-year contract with the Seahawks.

Seattle traded McDougald to the Jets this summer as part of the Jamal Adams trade.

In 2020, McDougald has appeared in seven games and recorded 36 tackles, no interceptions, a fumble recovery and three passes defended.