It came down to the Raiders and Jets but New York had the bigger need at cornerback while Oakland was dealing with some financial restraints which likely impacted the out come of this situation.

Retaining Cromartie is big a deal for the Jets considering that they already missed out on Nnamdi Asomugha and lost CB Drew Coleman to Jacksonville. 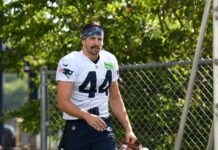