Adam Schefter reports that the Jets are signing WR Rashard Davis to a contract. 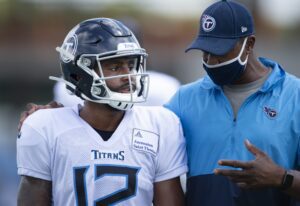 Davis, 26, wound up going undrafted out of James Madison back in 2017. He later signed on with the Eagles and spent just over a year in Philadelphia.

Davis had a brief stint with the Raiders, but was released and later signed on with the Chiefs. From there, he spent a few years with the Titans before being released after this year’s draft.

Davis took part in the USFL this year.