According to Field Yates, the Jets have waived S Marcell Harris on Thursday. 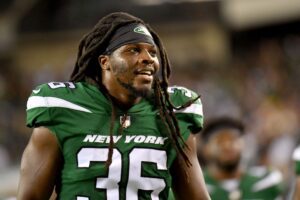 Harris, 28, is a former sixth-round pick by the 49ers in the 2018 NFL Draft out of Florida. He was waived entering the second year of his four-year, $2.6 million contract when he was waived and re-signed to the practice squad.

San Francisco re-signed him to a one-year deal as an exclusive rights free agent last offseason. He was testing the market as an unrestricted free agent when he signed with the Jets in April.

In 2022, Harris has appeared in 10 games for the Jets and recorded 11 total tackles.