The Athletic’s Bruce Feldman is hearing rumblings from both the NFL and the college side of things that Michigan HC Jim Harbaugh could seriously consider a return to the NFL. 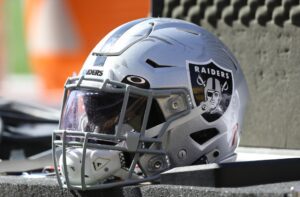 Feldman points out Harbaugh is easy to link to the Raiders given his standing relationship with owner Mark Davis and QB Derek Carr. However, if the Raiders make the playoffs it’s not a lock that they move on from interim HC Rich Bisaccia.

Feldman adds the Bears’ coaching vacancy is another one that could be compelling for Harbaugh.

Harbaugh had a successful first stint as an NFL head coach with the 49ers, including a Super Bowl appearance. He then was hired by Michigan and was on thin ice as recently as last year before reinvigorating his stock with a win over Ohio State and an appearance in the College Football Playoff.

Harbaugh, 58, was a first-round pick out of Michigan by the Bears in 1987. He played 14 years in the league before becoming a coach, first with the Raiders. He was hired by San Diego as head coach in 2004 and took the same position with Stanford in 2007.

The 49ers hired Harbaugh as their head coach in 2007. He was fired in 2014 and hired as head coach at Michigan.

We’ll have more on Harbaugh as the news is available.