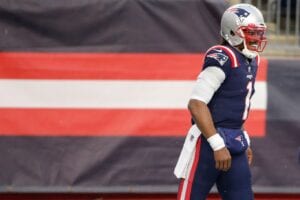 Rapoport wonders whether teams would want a quarterback who is “magnetic in the locker room” like Newton has been in Carolina and New England that could “overpower or overstar” the starter as a backup.

Beyond that, Rapoport isn’t sure how much Newton has left at this point and says it “appears unlikely he’ll sign before the season.”

Since becoming available, there has been speculation that the Cowboys or Washington could have interest in Newton. However, both have said they plan to move forward with their current quarterbacks.

This could create a situation where Newton ends up waiting for the right opportunity to surface during the season that would give him a legit opportunity to be a starter again, as opposed to settling for a backup role right now.

We’ll have more on Newton as the news is available.