Ian Rapoport of NFL Media reports that the Lions and OC Anthony Lynn are expected to part ways following Sunday’s season finale against the Packers. 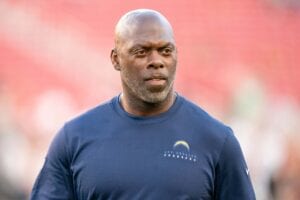 Rapoport says it was “never a good fit” between the Lions and Lynn, who had play-calling duties taken away from him midseason.

All indications were that Lions HC Dan Campbell would be looking for a new coordinator this offseason, so this shouldn’t come as much of a surprise.