According to Field Yates, the Lions are bringing in free-agent S Dean Marlowe for a visit. 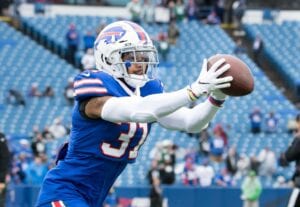 Marlowe, 28, wound up signing a three-year, $1.575 million contract with the Panthers as an undrafted free agent out of James Madison back in 2015. The Panthers later waived Marlowe with an injury designation and he later reverted to injured reserve before being waived with a settlement soon after.

The Bills signed him to their practice squad in 2017 and brought him back on a futures contract. He was waived coming out of the last year’s preseason and bounced on and off of their roster in 2020.