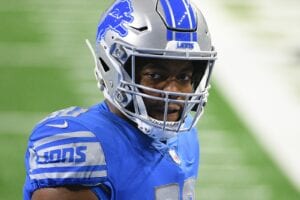 The Lions also elevated LB Tavante Beckett and DE Bruce Hector to their active roster for Week 13’s game against the Vikings.

In 2021, Flowers has appeared in seven games for the Lions and recorded 24 tackles, 1.5 sacks, a forced fumble and a recovery.