Adam Schefter of ESPN reports that the Lions have released WR Breshad Perriman on Monday. 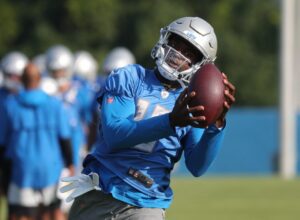 The Jets signed Perriman to a one-year deal worth up to $8 million for the 2020 season and later joined the Lions this past March on a one-year contract worth $3 million.