Dolphins owner Stephen Ross issued the following statement regarding the discipline imposed by the NFL on Tuesday: 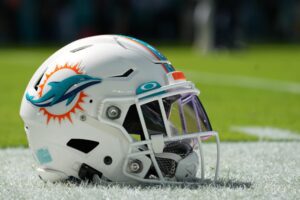 Ross is suspended through October 17 and has been fined $1.5 million.

The investigation conclusively established violations of the Anti-Tampering Policy on
three separate occasions:

“The investigators found tampering violations of unprecedented scope and
severity,” Commissioner Roger Goodell said. “I know of no prior instance of a team
violating the prohibition on tampering with both a head coach and star player, to the
potential detriment of multiple other clubs, over a period of several years. Similarly, I
know of no prior instance in which ownership was so directly involved in the
violations.”

The investigation also addressed whether the Dolphins intentionally lost games
during the 2019 season to improve the club’s draft position in the 2020 draft and
whether Mr. Ross offered financial incentives or otherwise encouraged the head
coach to do so.

The investigation conclusively established the following:

“Every club is expected to make a good faith effort to win every game,”
Commissioner Goodell stated. “The integrity of the game, and public confidence in
professional football, demand no less. An owner or senior executive must
understand the weight that his or her words carry, and the risk that a comment will
be taken seriously and acted upon, even if that is not the intent or expectation.
Even if made in jest and not intended to be taken seriously, comments suggesting
that draft position is more important than winning can be misunderstood and carry
with them an unnecessary potential risk to the integrity of the game. The
comments made by Mr. Ross did not affect Coach Flores’ commitment to win and
the Dolphins competed to win every game. Coach Flores is to be commended for
not allowing any comment about the relative importance of draft position to affect
his commitment to win throughout the season.”

Discipline imposed from the league’s findings: 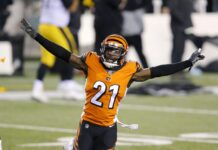