ESPN’s Adam Schefter sees the Cleveland Browns taking Clemson DE Da’Quan Bowers who fell out of the first-round because of concern regarding his knee.

“I can’t see him getting past Cleveland’s turn (at 37),” Schefter said on Sportscenter.

The Browns made headlines by trading down in the draft and acquiring five draft picks for the No. 6 overall pick. Bowers is a high-risk, high-reward player that was once listed as the best available player in the draft just a few months ago.

Bowers remains one of the more intriguing story lines for the second-round. 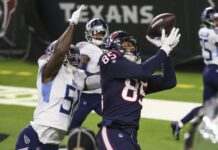 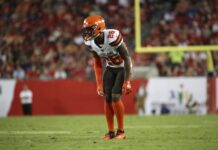