Kevin Acee of the San Diego Union-Tribune is reporting that the Carolina Panthers are set to introduce Ron Rivera as their next head coach on Tuesday.

There have been several other reports that have suggested that this report is accurate. Jay Glazer of FOX reported that the Panthers have made calls to other candidates to inform them that they will not get the job. ESPN’s Adam Schefter adds that if the Panthers and Ron Rivera can agree on the contract terms, he will become the teams next coach.

Rivera has been a successful defensive coordinator throughout his time in the NFL but the fan base seemed to be hoping that the team would address the lackluster offense before focusing on the defense. If Rivera is brought in as the teams next head coach there will be plenty of scrutiny regarding the teams offensive direction. 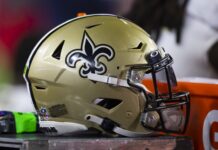