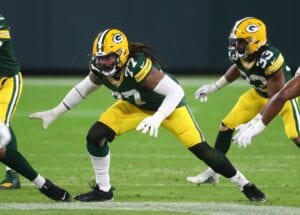 Turner, 30, is a former third-round pick of the Dolphins back in 2014. He spent over two years in Miami before he was waived during the 2016 season and later claimed off of waivers by the Broncos.

In 2021, Turner has appeared in and started 13 games at tackle for the Packers.