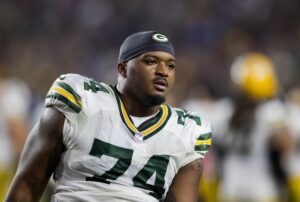 In 2021, Jenkins has appeared in and started eight games for the Packers. Pro Football Focus has him rated as the No. 7 tackle out of 80 qualifying players.