The Green Bay Packers announced that they’ve signed LB Aaron Adeoye to their practice squad and released CB Quinton Dunbar from the unit. 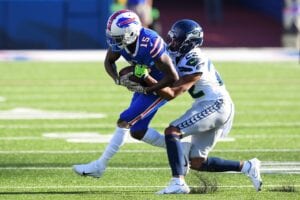 Dunbar signed a one-year contract with the Lions this past April but was cut during training camp. He had a brief stint with the Cardinals before signing on with the Packers last week.