The Green Bay Packers are signing WR Osirus Mitchell, according to Matt Lombardo. 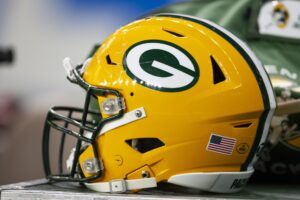 Mitchell worked out for the team today. Apparently they liked enough of what they saw to make sure he was in camp with them.

Mitchell, 24, wound up signing a three-year rookie contract with the Cowboys after going undrafted in the 2021 draft. Unfortunately, Dallas opted to waive him before the start of the regular season but was quickly signed to the practice squad.

Mitchell was released from the Cowboys’ practice squad back in December.

Mitchell appeared in 46 games over four years at Mississippi State. He hauled in 107 catches for 1,413 yards and 14 touchdowns.