The Green Bay Packers brought in five free agents for tryouts on Saturday, according to Aaron Wilson. 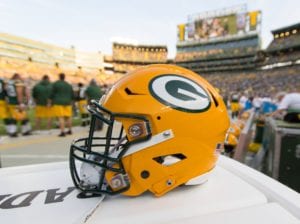 Igwebuike, 26, wound up signing on with the Buccaneers as an undrafted free agent out of Northwestern back in May of 2018. He agreed to a three-year, $1.71 million contract but was waived by the Buccaneers coming out of the preseason.

The Buccaneers later signed Igwebuike to their practice squad before promoting him to their active roster a few months later. Tampa Bay would later waive him and he was claimed off of waivers by the 49ers.

San Francisco waived Igwebuike and he was claimed off of waivers by the Eagles. He was waived by Philadelphia and claimed by the Jets, but was waived once again. He was drafted by the Seattle Dragons of the XFL before the league suspended operations.

In 2018, Igwebuike appeared in six games for the Buccaneers and 49ers and recorded two tackles.